The ocean is home to an incredible biodiversity. Photo: Lee kelai to Unsplash

The ocean is the most defining physical characteristic of the Earth, covering 71% of the surface of this planet. It is home to incredible biodiversity, ranging from microscopic bacteria and viruses to Earth’s largest animal, the blue whale.

It is still unknown how many species live in the ocean, but the disappearance of a growing number suggests that the mass extinction takes place, perhaps at a faster rate than on earth.

The stakes for ocean biodiversity have never been greater than they are this decade, and now more than ever we need results. A widely promoted goal is to bring 30 percent of marine area under protection by 2030 – a major step which will greatly contribute to marine biodiversity. But how can the world achieve it?

The need for new solutions

Saving the ocean will require a firm commitment from maritime countries. There will be no one-size-fits-all solution but a mix of several approaches to apply, and we don’t have the luxury of time to do it.

One measure that can be implemented without delay is the removal of any form of government incentive that supports unsustainable fishing. Instead, the allocated funds should be invested in sustainable aquaculture.

Nature-based solutions that are historically rooted in sustainable conservation management, such as habitat integrated fishing (technique designed to preserve the ecosystem while fishing), are of fundamental importance but are not up to the challenge of the ocean. 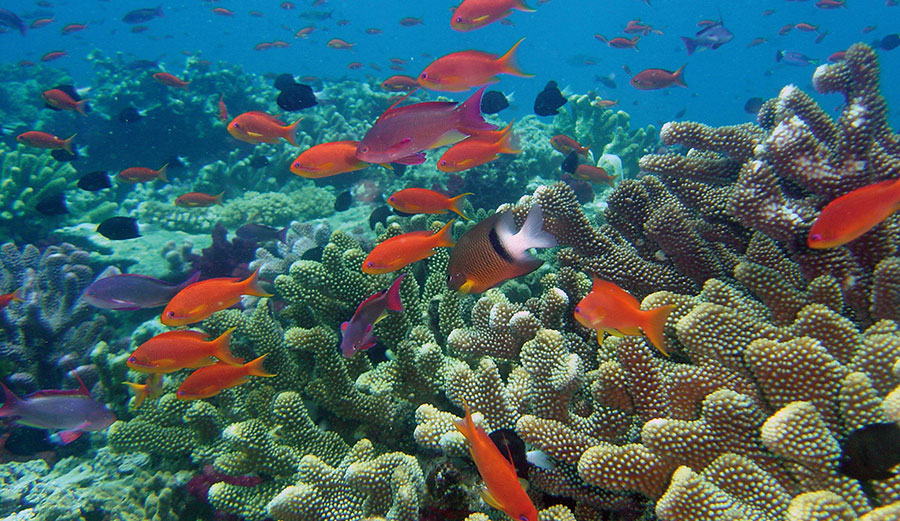 The role of technology

There is currently no possibility that the world will meet the 30 percent target for marine protected areas (MPAs) with existing policies and governance systems. Most countries have declared MPAs in their exclusive economic zones, but due to poor coverage application, only 2.7% of the ocean can be considered highly protected.

The reason is simple: most countries cannot afford the large number of rangers and navigation equipment needed to protect these areas.

But there is hope. New specific technologies have enormous capacity to help the world achieve its ocean goals.

These technologies include sensors, drones, robots and artificial intelligence, all of which can use real-time information about ocean conditions and human activities to respond at speeds never seen before.

Imagine a robotic fish equipped with sensors and AI collecting data in hard-to-reach ocean floors, or in harsh conditions on the high seas, following sea creatures whose lifestyles are currently unknown to humans and detecting biodiversity hotspots, as well as sources of pollution and illegal fishing.

Other technological solutions are already in use today.

Drones are more and more used in real-time monitoring of oceanic fisheries, including the operation of fishing vessels. Habitat mapping and thermal imaging infrared cameras are currently being deployed to identify populations of Atlantic scallops and follow whales in their migration.

3D printed corals and seawalls made of durable and environmentally friendly tiles are already available and in use, while 3D printed substrates provide a stable base for newly planted seagrass or coral reefs.

Deploying emerging technologies on a large scale can make a huge difference in ocean exploration and protection of marine life.

To capitalize on the promise of technology, we will need to put in place advanced systems and platforms, which require budget allocations and international agreements.

the United Nations Convention on Biological Diversity contains five goals and 20 targets to prevent species loss, known as Aichi Biodiversity Targets. The Conference of the Parties, which is the governing body of the convention, is now expected to review the progress of these goals, determine the causes of implementation failures and suggest ways to address the continuing loss of biodiversity through technology.

We need new governance structures and consensus on action and accountability. Countries need to be able to share verifiable information and data metrics to track progress in conserving ocean biodiversity. When all of these activities and actions are in place, it will be nothing less than a revolution for the ocean.

This article is republished from The conversation under a Creative Commons license. Read it original article.