Last week at the first public meeting for the Reimagine Middle Branch plan, preliminary design renderings were released by the design team at James Corner Field Operations. The Reimagine Middle Branch Plan is a partnership between the City of Baltimore, the South Baltimore Gateway Partnership, the Parks & People Foundation and James Corner Field Operations to “reconnect South Baltimore to the more than 11 miles of shore along the Patapsco River. “.

The team came up with a three-part framework that: 1) protects and connects the shoreline; 2) turns barriers into connections; and 3) strengthens communities with new parks and programs.

1) Protect and connect the shore: A reconstructed and reshaped shoreline will improve water quality, absorb flood waters and protect against storm surges, while providing natural habitats for birds and aquatic species, and providing beauty and recreation for locals. of the city of Baltimore. It will be a place for all that includes a system of continuous trails for biking, walking and jogging; boardwalks and piers for fishing, crabbing and admiring the view; and, outdoor classrooms and gentle trails – all offering unique waterfront experiences.

2) Transform barriers into connections: The reconstruction of the roads into “green boulevards” will link the districts to each other and to jobs, public transport and the main destinations of the city and the region. The Green Boulevards, which include improvements to the Vietnam Veterans Memorial Bridge, will be designed and built as “complete streets” that balance the needs of pedestrians, cyclists, cars, trucks and public transport, while incorporating shade trees and “green” stormwater management practices. .

3) Reinforce communities with parks and programs: Reimagine Middle Branch will activate the waterfront with new amenities and strengthen neighborhoods with equitable community development projects and programs. Park destinations will create special places both on the waterfront and in neighborhoods. The equitable development programs will create jobs and improve the quality of life for South Baltimore residents.

Over the next four months, the Reimagine Middle Branch plan will incorporate public and stakeholder feedback into draft planning documents, which are expected to be released in final form in spring 2022.

“Our goal over the next 12 months is to gather input from Southern Baltimore communities and other local stakeholders to develop a community-driven plan,” Megan Born, associate landscape architect and urban designer, told SouthBMore. at James Corner Field Operations. .com last week. “The second goal is to improve parks, connections and trails. And the third objective is to launch catalytic projects and activities.

Born said the priority areas are the public areas around Middle Branch such as Middle Branch Park and the park space on Ridgely’s Cove behind the Horseshoe Casino Baltimore Garage.

Born said there are stakeholder committees and meetings for different owners. She called the plan a “collaborative effort.”

Born said the plan “could be incredibly transformational for communities as well as all of Baltimore on a massive scale.”

She added, “This is an incredibly special and unique site. I think it’s a little immeasurable the amount of change that could take place. It’s exciting as an architect, but even more exciting for the people who live here.

Born said Baltimore’s Inner Harbor was “a model of urban design of its time” and called it the “commercial heart of the city”. She said the middle leg will be different as it will be green and recreational with “ecological benefits, inclusive programs and activities.” 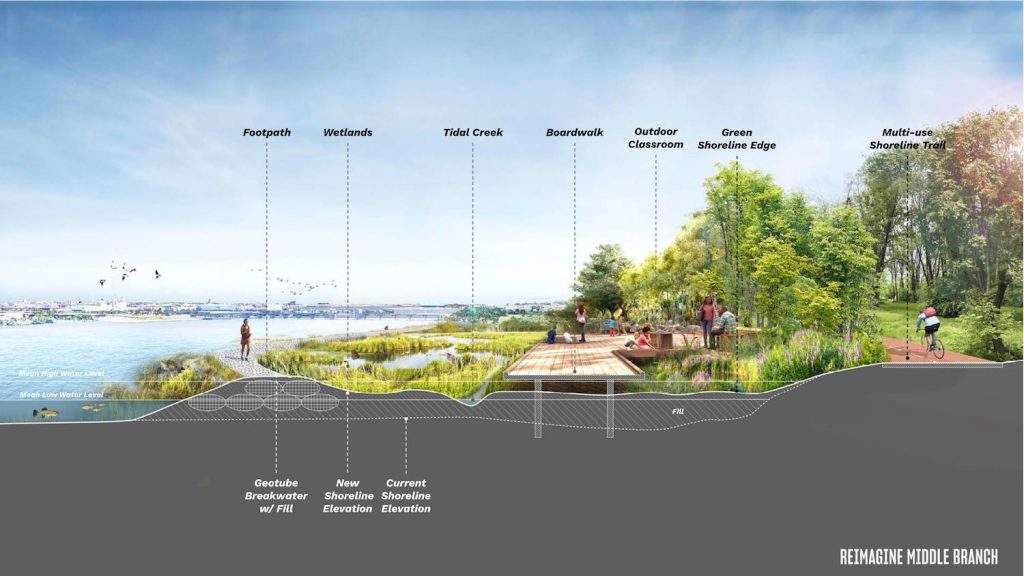 New piers and improvements to existing piers are being considered to increase access to water around the middle branch. 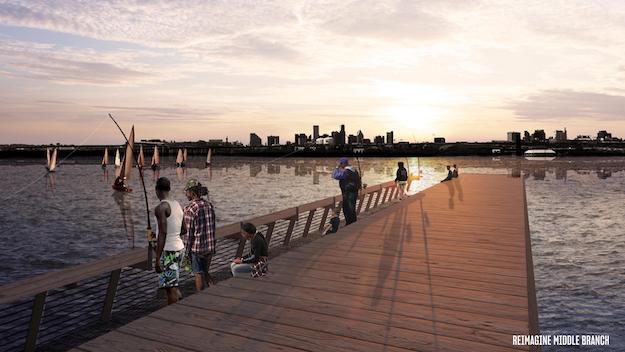 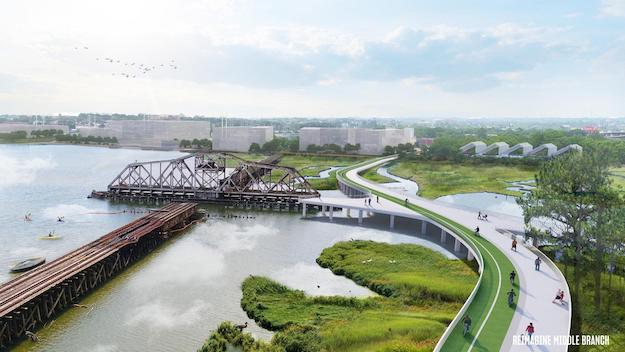 About the Author: Kevin Lynch

Founder and Publisher of SouthBmore.com, longtime South Baltimore resident and graduate of Towson University. Unconditional fan of Ravens and O, father of three, amateur pizzaiolo, skateboarder and “bar food” gourmet. Write to me at [email protected] and follow me on Twitter at @SoBoKevin.